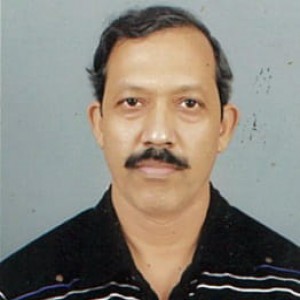 When ASHAs were introduced in NRHM in 2005, their primary aim was to visit homes of newborns as the first program in UP operated through the ASHAs was the Comprehensive Child Survival Program in 2008. Since then, tracking of all deliveries and all the newborns are an integral part of the work of ASHAs in all the primary health care programs operated by the NHM in UP (GOI, 2005, GOUP, 2013). Evaluation studies on the performance of ASHAs was done since 2011 as by then ASHAs had actually worked in the field for a minimum period of 5 years. It is to be noted that National Rural Health Mission was rolled out in April 2005 but it took about one to two years for the states to hire ASHAs and put things in place right from the state to the village level (GOUP, 2013). In this article, a comprehensive feedback is elicited from the mothers of Scheduled Caste (SC) community from the last visit of ASHAs to their homes to visits during pregnancy & newborn care.
The current study explores some of the crucial variables on the performance of ASHAs through their message delivery & visits during natal, newborn care of mothers of Scheduled Caste (SC) community. The article also includes the feedback of the SC community mothers on the work & approach of ASHAs. That’s how the perception of the Recently Delivered Women of SC community in the state of UP is included in this article. The mothers of SC community responded about the performance based upon their experience in visits & messaging by ASHAs on Janani Surakhya Yojana (JSY), New Born Care (NBC) & Routine Immunization (RI) as these were the frontline programs for the states. The responses of these mothers or Recently Delivered Women (RDW) (as named for the current study) had a 3 to 6 months old child during the time of survey. They were selected as respondents as they were from SC community & were in a position to recollect the health care events of their children.
The relevance of the study assumes significance as data on the details of visits, care and message during pregnancy, newborn care, postnatal care & perception or feedback details on the health personnel’s performance is usually not collected from the mothers of Scheduled Caste (SC) communities. Such responses that collect feedback on the work & approach of ASHAs including the care & visits during all the stages of maternal & newborn care of SC community mothers are not the focus in very large-scale health surveys. Such feedback that go beyond work & focus on the opinion of mothers on the work & approach of ASHAs come under the ambit of social audits. The audits gain more teeth when the feedback is solicited from the mothers of SC communities.
It is important to note that social audit is an integral part of the National Health Mission document but it is not a priority activity of NHM. Usually, the responses, knowledge of trained health personnel are assessed in many studies while neglecting the response & perception of the community members. Here in this article, the same mothers & that too from the socially unprivileged SC community mothers talk about their feedback on the work & approach of ASHAs including the performance of ASHAs through message delivery & visits. Here also it is seen that usually, the trained health personnel become the respondents as part of evaluation of their timely actions in many other studies. The uniqueness of the current study is that the SC community mothers become the pivot around which all the modalities move.
A total of four districts of Uttar Pradesh were selected purposively for the study and the data collection was conducted among the RDWs in the villages of the respective districts with the help of a pre-tested structured interview schedule with only open-ended questions. These in-depth interviews collected descriptive details as responded by RDWs. The responses were collected in Hindi language and were translated to English language later for data analysis. The qualitative data were conducted amongst the RDWs and a total of 20 respondents participated in the study.
The results reflected that regarding the last visits, the ASHAs of Gonda and Barabanki had better performance than the developed Saharanpur district and the very low developed Banda district. Regarding messages during pregnancy, all the mothers in the 4 districts received information on arranging transportation for an institutional delivery. Regarding availing the JSSK benefit, the situation was same as that of JSY in all the four districts. No mother received the critical information regarding cord care from the ASHAs in Barabanki and Gonda districts. Only 3 mothers received the advice on referral in Barabanki district and all the 5 mothers received the advice in rest of the 3 districts.
Except one mother each in Barabanki and Gonda district, all mothers opined that they were satisfied with the work of ASHAs as a community worker. The feedback on the approach of ASHAs showed that the satisfaction level of mothers was poor in Banda, Gonda and better in Barabanki and Saharanpur districts.