Geographic Focus- A strategy in 2002 for Title II based Safe Motherhood and Child Survival Program of Catholic Relief Services, Lucknow, UP, India 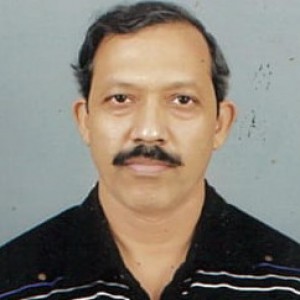 Geographic Focus- A strategy in 2002 for Title II based Safe Motherhood and Child Survival Program of Catholic Relief Services, Lucknow, UP, India

The health program of Catholic Relief Services (CRS) known as the Safe Motherhood and Child Survival (SMCS) program of CRS/North India, Lucknow operated with 9 partners in 8 districts of Uttar Pradesh as in 2002. The program was operational in selected villages of 10 development blocks in these districts. Thus, the program operated in a scattered manner covering small geographic patches within the blocks. Due to this discrete spread, the impact of SMCS program remains visible only to CRS and its partners. The impacts of public health interventions are usually assessed by organizations in terms of geographic units such as blocks, districts, states and countries.
The current article written in a proposal format aimed to expand the scope of the SMCS program from a portion of the block to the entire block. It expected to bind the efforts of the program personnel in a whole block. This coverage was expected to derive measurable positive health outcomes in the program communities. The activities were expected to focus to improve vital health statistics of program communities especially people who were related to the safe motherhood and child survival program.
CRS/North India proposed that two of its potential Non-Governmental Organization (NGO) partners to expand their current program to cover entire blocks. These partners were ‘GRAMIN VIKAS SANSTHAN’ and ‘LOKARPAN’ working with SMCS in Raebarely and Auraiya districts since 1997 and 1998 respectively. Through this expansion, LOKARPAN expected to cover the BIDHUNA BLOCK while GVS expected to cover the SHIVGARH BLOCK.
As the expansion process planned to cover a large number of villages, the proposal incorporated the administrative, financial and various managerial issues to be dealt both at the partner and CRS, Lucknow level. The estimated program period was expected to be of 5 years duration. The program was expected to empower people especially women, so that demand is generated for quality health services from the government. This process is likely to ensure their own health needs through appropriate service delivery from the public health system. CRS and partners will strengthen their current linkages with government health departments to ensure quality health service delivery.