Prevalence of Malnutrition among Children 1-8 Years in Ghana: Amansie West District of Ghana 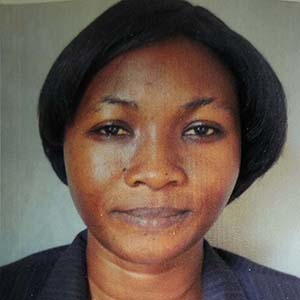 Prevalence of Malnutrition among Children 1-8 Years in Ghana: Amansie West District of Ghana

Background: Malnutrition is a primary origin of childhood demises in low- and middle-income countries and has lasting significances for mental, physical and metabolic development. It is said to play a vital role in up to a third of the 8.8 million yearly deaths happening in children below the age of 5 years, and undernourished children have a fourfold augmented risk of death.

Method: A community based cross-sectional study was conducted in 194 school age children and their parents or caregivers living in Manso Adubia Community. Participants were nominated using a multi-stage simple random sampling technique. Age and weight of children were measured and parents or care givers were also interviewed for factors associated with malnutrition. Questionnaires were read out and explained in the local language as participants were guided to answer them with the assistance of teachers present.

Results: The prevalence of Malnutrition among the selected group in the district was by sexes were 45.6% stunting for male and 39.8% for female with a mean stunting of 40.5%. That of underweight was 30.5% for males as against 35.8 for females with a mean of 32.6%, whiles wasting accounted for 11.2% for males and 17.5% for females with a mean of 14.3%. Only 39.7% of household in Adubia had received training on childcare nutrition with the remaining 60.3% never received any education on the subject of nutrition, revealing a minimal knowledge on the subject. The outcome of foods consumed in various households impacts on the nutritional statuses of children.

Conclusion: Though the study found a high prevalence of malnutrition among the selected participants, this can be attributed to some extent to a lack of nutrition education on the side of mothers and care takers, and poverty. The fourth Millennium Development Goal of Ghana is to reduce child mortality rate, but it looked at other clinical causes of death in children as that of malnutrition was scarcely mentioned. This and other studies are indicators of the importance of factoring child nutrition in the goals of both the government and development partners to help in the achievement of this forth goal.

Recommendation: Based on the findings of this study, it is important to use different methods to improve the nutritional status of school children