The Isolation of Bacteriophages lytic to B. Anthracis from Environmental Sources in Georgia. 3 rd Report: B. Anthracis –Specific Phages isolated in 2012 in Georgia 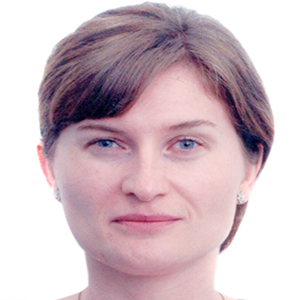 The Isolation of Bacteriophages lytic to B. Anthracis from Environmental Sources in Georgia. 3 rd Report: B. Anthracis –Specific Phages isolated in 2012 in Georgia

Isolation and characterization of new bacteriophages specific to B.anthracisis is of high importance for application in detection and identification of the pathogen, also in bio-decontamination of surfaces and devices occasionally or deliberately contaminated with B. anthracis. In winter 2012/2013 three new bacteriophages- BaQpo, BaQtr and BaSio were isolated on the vaccine strains of B. anthracis from water and soil samples obtained in 2 different regions of Georgia.The TEM study revealed theSiphoviridae type morphology for all 3 newly isolated phages,however, they differ from each other and also from the reference phages (Gamma, Fah, IM) by particular characteristics, such as head and tail size. Thephage neutralization assay done using gamma -antiphage serum showed quite close antigenic relatedness of phage BaQpo and at the less extend of BaSio phage with the gamma phage, while phage BaQtr obtained appeared to be significantly different. Restriction profiles of Ba Phage DNA’s confirmed difference of phage BaQtrfrom phages Ba Qpo and BaSio.