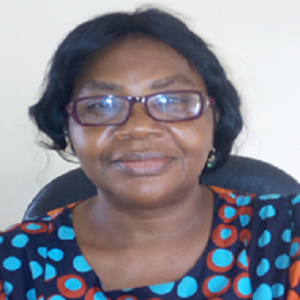 The synthesized ligand, methionine-phenylhydrazone was reacted with Fe (III) salt and thiophene or Mn(II) salt and thiophene. Two mixed ligand complexes were obtained. The ligand and its mixed ligand complexes were characterized on the basis of their colour, physical nature, solubility, melting points, molar conductivities, elemental analysis, and spectroscopic studies using infrared and uv-visible spectra. The melting points were high in the range of 268-289oC inferring strong bonding network within the molecules. The low conductivities (0.72-0.93 Ω-1 cm2 mol-1) indicated the non-electrolytic nature of the compounds. The infrared spectral analysis revealed that the methionine-phenylhydrazone acted as bidentate and coordinated to the metal ions through the nitrogen atom of the azomethine group and the oxygen atom of the carbonyl group. The octahedral configuration of the molecules is as a result of the incoorperation of the monodentate secondary ligand-thiophene. The antimicrobial studies were carried out by the paper disc diffusion method. The pure isolates used were Staphylococcus aureus, Escherichia coli as bacteria and fungi such as Candida albicans and Aspergillus niger. The results of zones of inhibition were compared with those produced by ampiclox and fluconazole. The results showed that both the ligand and its mixed liagnd complexes had better antibacterial properties than antifungal properties. The complexes gave better inhibition zones compared to the free ligand but in all, less effective when compared to those caused by ampiclox and fluconazole.