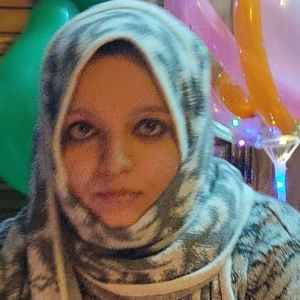 Ovarian tumours are commonly encountered in gynea opd. The major challenge to a Gynecologist is to distinguish between benign and malignant tumours. The commonly done investigation for this purpose include USG and tumour markers. There are certain USG features of malignancy which helps to arrive at a definite diagnosis. Methodology and results: This study was carried over a period of one year, 100 patients were included in this study presented in gynea opd of skims soura with usg documented Ovarian tumours and complaints of vague abdominal pain, menstrual irregularities, heaviness in lower abdomen. Diagnosis being made usg and CA -125 CEA, LDH, HCG. USG was used as diagnosis to differentiate benign from malignant tumours including tumour markers. Those with functional ovarian cysts <6 cm, unilocular, non septate were given medical management while those with ovarian cysts >6cm, multilocular, muliseptate were subjected for surgical management. Based on histopathological finding majority of tumours in our study we're serous cystadenoma (75%) followed by mucinous cyst adenoma (15%) followed by endometroid, clear cell, borderline tumours, hemmorragic, paraovarian cysts and mature cystic teratoma, there were 2 cases of serous cystadenocarcinoma. Major presenting symptom in our study was abdominal pain (75%). Most common age group in our study was 25-35 years. Conclusion:USG and tumour markers help us to distinguish between benign and malignant ovarian tumours. Based on diagnosis management can be conservative or surgical.